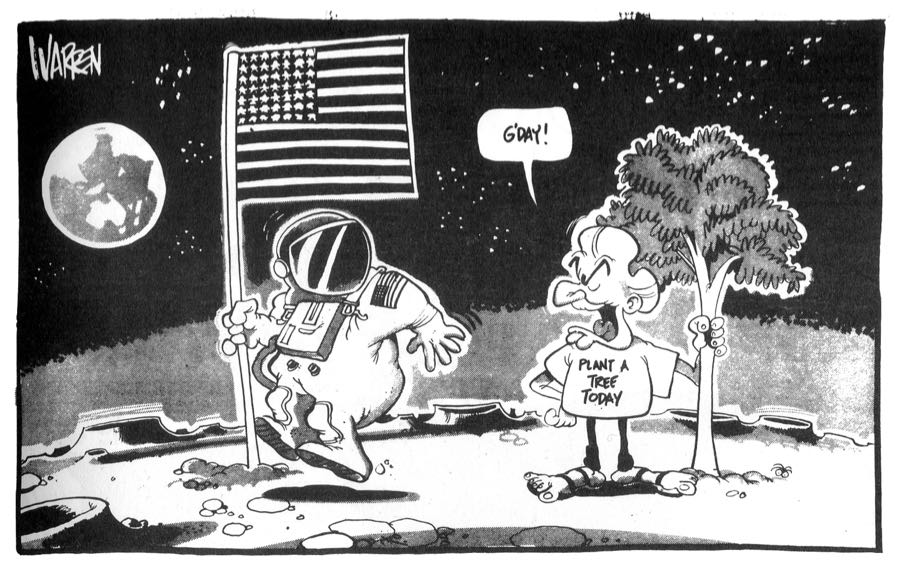 It’s official - Bob Hawke is the most popular Australian Prime Minister ever amongst the nation’s cartoonists, a new survey has revealed.

In a poll conducted this week by the Australian Cartoonists’ Association, the nation’s scribblers were asked to nominate their “favourite Prime Minister to draw”. Hawkie won with 28.5% of the vote. Tony Abbott came second on 23%. Both John Howard and Julia Gillard came in equal third place.

The Daily Telegraph’s Warren Brown concurred with the result.

“My favourite to draw would have to be Bob Hawke,” he said. “In his prime, his face was broad, crevassed and suntanned, his mouth in a kind of permanent scowl, eyes laying agressively beneath those eyebrows - great scimitars of disapproval - the whole lot topped with a luxuriant shock of immaculate silver hair.”

“Tony Abbott by a mile,” said the Sydney Morning Herald’s John Shakespeare. “If you exaggerated nothing about his face, he’d still look like a cartoon.”

Cartoonists were also asked which political figures provided the most “inspiration” for cartoons and caricatures. Abbott won that one, closely followed by Pauline Hanson and Paul Keating.

“Abbott has certainly inspired much cartoon commentary’” said the Sydney Morning Herald’s Cathy Wilcox, “as much for his distinctive features as anything (machismo, simian gait, wide mouth and lizard tongue, the famous red budgie-smugglers, the onion-eating, the shirt-fronting, etc.), so much so that I felt a kind of grief at his replacement as PM.”

The West Australian’s Dean Alston named both Abbott and Keating, simply suggesting their appeal was a result of “pure theatre”.

“I had to draw (Federal Treasurer) Josh Fydenberg recently and he’s not fun in the slightest to draw,” offered The Mercury’s Christopher Downes. “I had more fun drawing the background!”

Asked who they wished would stand for Australian political office, our cartoonists opted for comedian Barry Humphries (either as himself or his alter-ego, Dame Edna Everage), closely followed by Waleed Aly and NZ Prime Minister Jacinda Ardern.