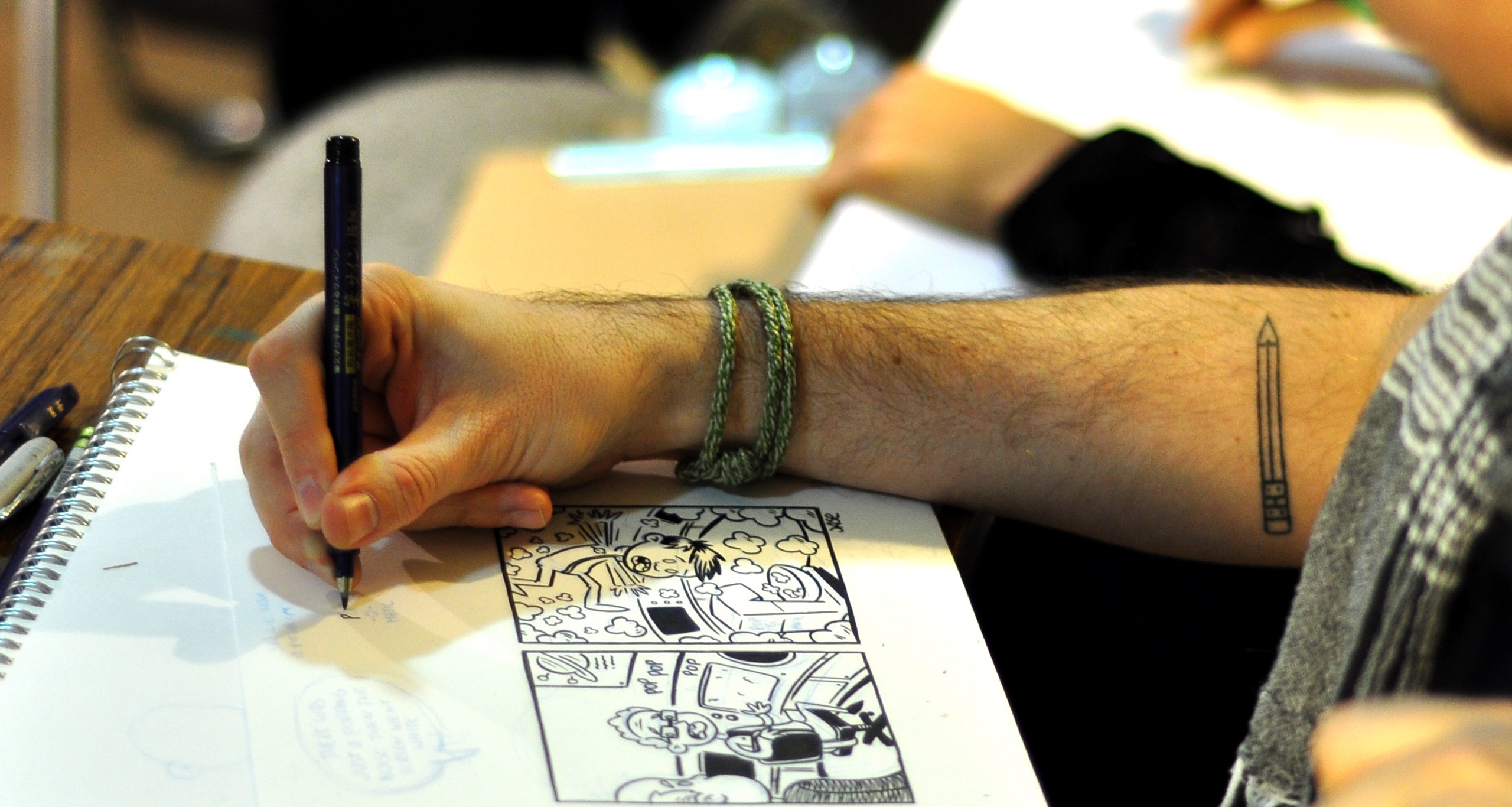 An association for cartoonists

What do illustrators in Australia want from a peak body?

The Australian Cartoonists Association goes back to the 1920s. It began as a series of artist balls, became a social club and venue for life model sketching, went into hibernation, then rejuvenated and became a national professional association in the ’80s.

When I was elected Deputy President I wanted to better understand where the ACA sits in Australia’s wider cartooning/comics/illustration industry, so I designed a survey asking questions about the work of cartoonists today.

What sort of work do we do? Who pays for it? What do we want from a cartooning organisation? What IS cartooning in 2019? 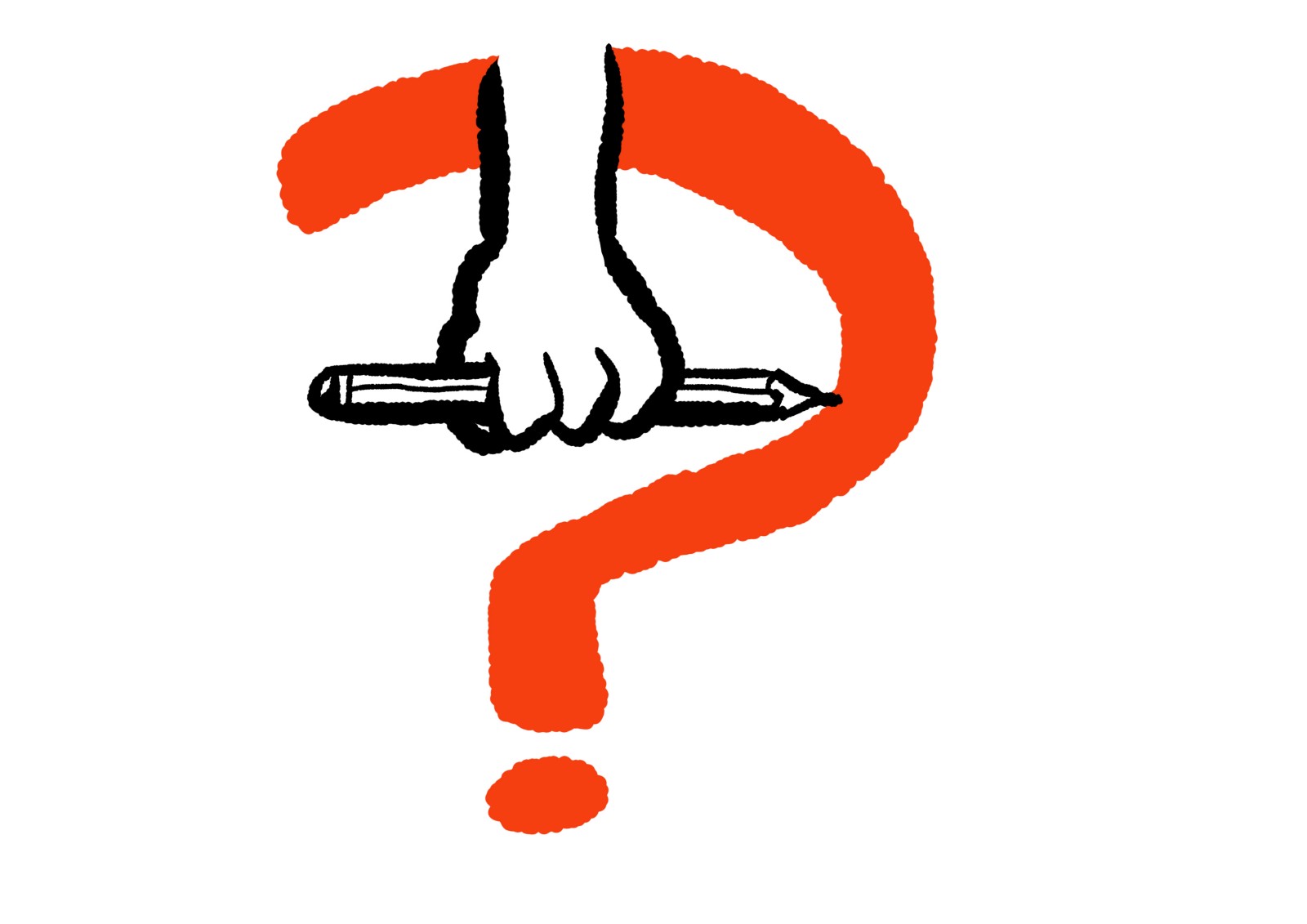 This survey went out beyond the ACA, to the wider cartooning/illustration community. We heard from book illustrators, animators, comics artists, graphic scribes… and had 250 responses in total.

The next step is to speak to some of the respondents about how they’d like to see the ACA develop. From there we can come up with the highest-priority changes we’d like to make. But this survey is a start.

Our respondents are largely aged between 25 and 55, with a minority of respondents younger or older.

They are mostly located in Melbourne, Sydney, Brisbane and Perth, with reasonable numbers in regional NSW, Adelaide, regional Victoria and regional Queensland.

28.8% of respondents are currently members of the ACA.

Fig. 1: Are you currently a member of the Australian Cartoonists Association?

What kind of work do they do?

Many respondents described what we might call a “portfolio arts career” — working across multiple mediums or in different industries.

About two-thirds of respondents make arts income as freelancers or contractors, meaning they need to sort out their own tax liability, legals and insurances, and may not receive superannuation benefits (or any benefits).

Over one third of respondents said at least part of their income is made by drawing commissions. These could include portraits and caricatures (from life or photos), fan art or other kinds of privately commissioned artwork. 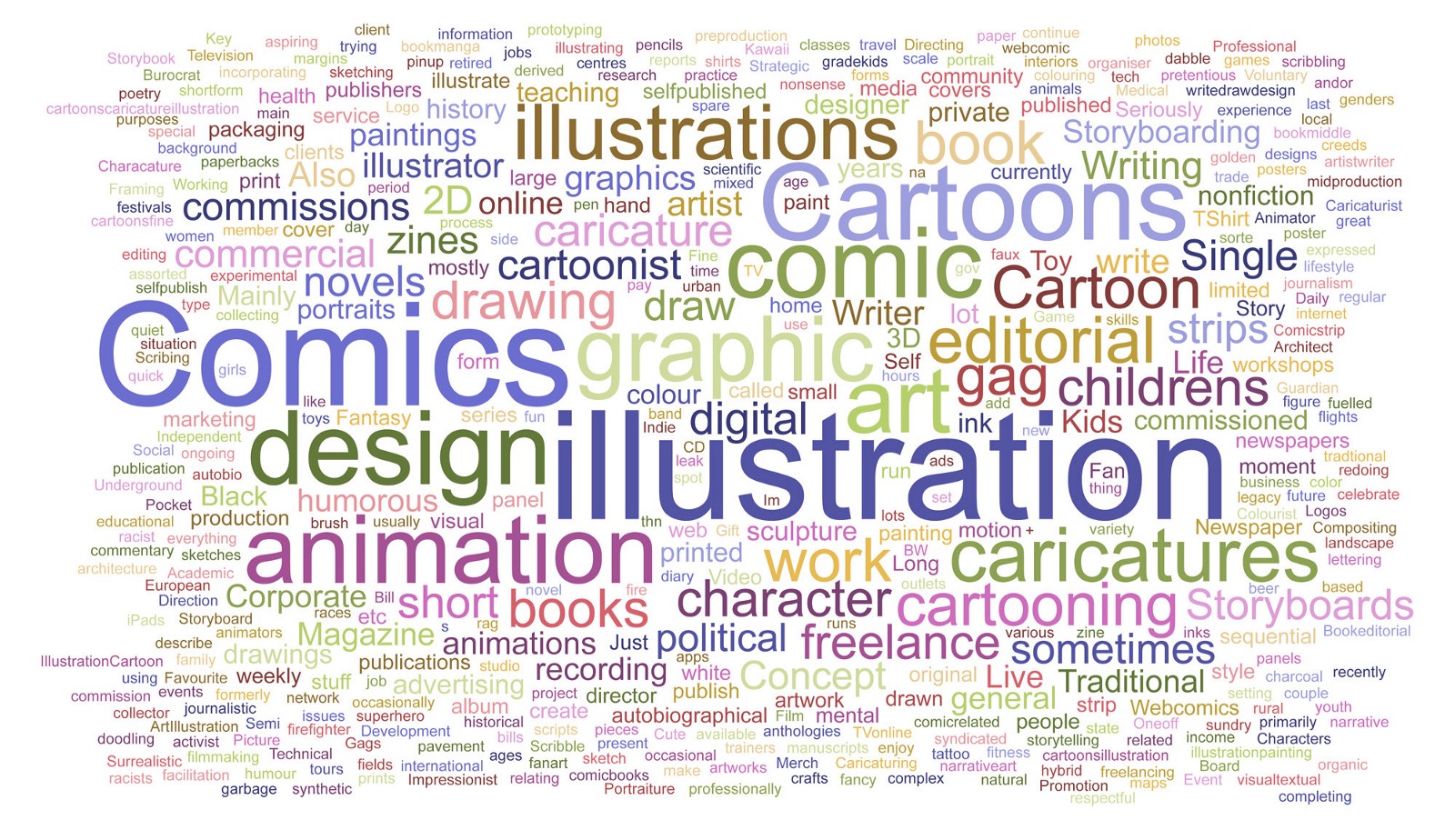 Fig. 2: Please describe briefly the sorts of art work you do. (a word cloud based on responses)

The survey asked respondents to name some artists, local or international, whose work they follow.

Naming only the most popular artists, however, obscures the wide variety of influences on Australian cartoonists, especially those coming via Instagram and other social media. A few of those mentioned include @lorazombie, @pixie_cold, @levitzo and @loisvb.

We also asked respondents to name some contemporaries: 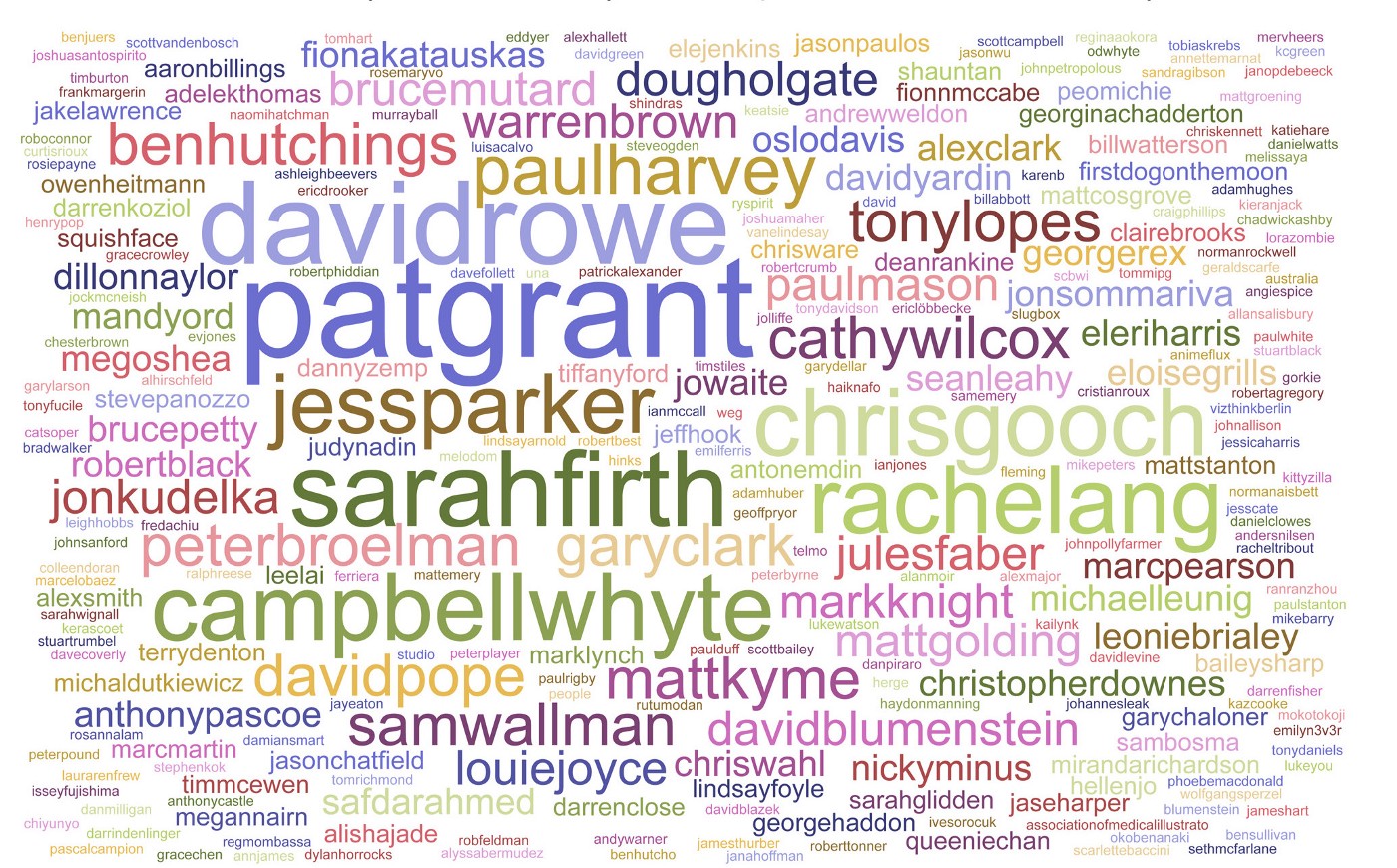 Fig. 3: Name a few artists you consider to be your contemporaries in the kind of art work you do

This is probably most useful in understanding the wide range of artists who could be considered “cartoonists” (see Analysis, later in this piece).

How are we communicating, and what are we talking about?

Unsurprisingly, artists are overwhelmingly carrying on conversations with each other via social media.

27.2% of respondents said that, in the last few years, they’d traveled overseas to meet up with other artists.

Fig. 4: In the last few years, how far have you traveled to meet up with other artists?

The discussions they’re most passionate about are “practical tips/tools/techniques” and “getting paid for my work”.

Other discussions they’re passionate about:

“Overlap of different creative industries. It’s surprising that, for example, comics, animation and games don’t interact as much as they could considering how they all deal with storytelling methods (at least in Australia). And of course, industries beyond the entertainment sphere. There’s a lot to be learned from other disciplines.”

“Representation of women/non-binary artists and POC in comics.”

“Narrative structure and writing (practical tips I see shared tend to be about the visual side of things).”

The following are some themes I’m seeing in the data, illuminated by quotes from respondents.

Theme 1: You don’t have to be making a living at it to be a “real cartoonist” 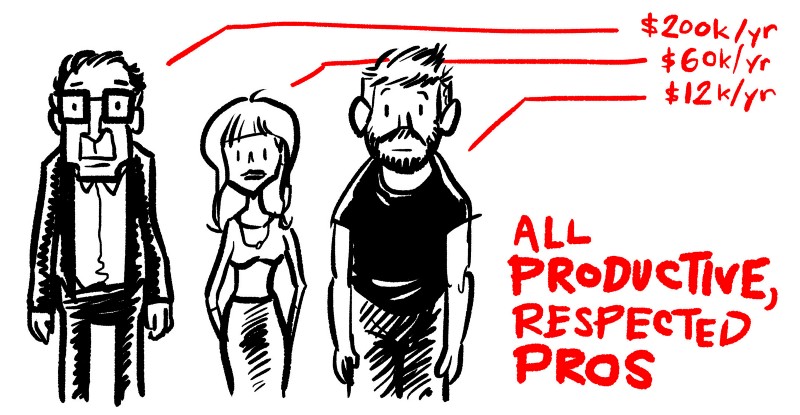 The first thing I did was to sort the respondents into types.

All-In — people making most or all of their money from drawing or drawing-related work.

Part-Time — people making some of their money from drawing but who see themselves as cartoonists/illustrators. Many have an arts day job, or make money in other arts fields.

Moonlighter — people making some money from drawing but who might or might not consider it their “calling”; they have a day job and freelance on the side. May release creative work through publishers.

Hobbyist — people making little or no money from drawing. May be retired, aspiring or students.

Non-Artist — people who aren’t artists, or who dabble, but identify strongly with the “scene”/industry.

A majority of respondents are not “all-in” on their career. 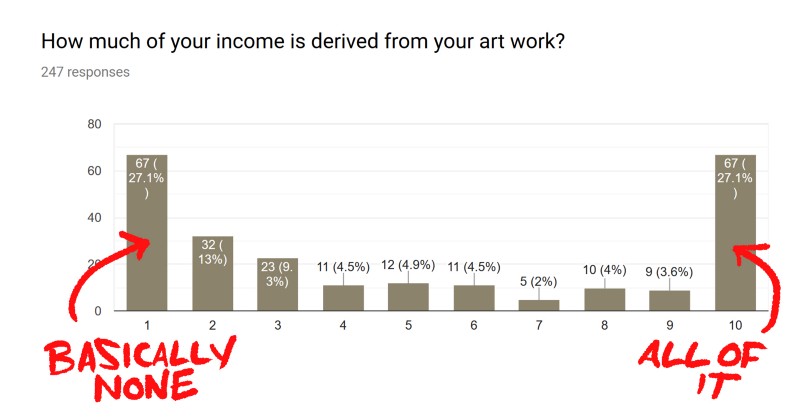 Fig. 5: How much of your income is derived from your art work?

On average, cartoonists’ art is either making them no money or their entire income.

Many of those making very little money, however, are among the more productive, passionate and prominent members of our community.

“I haven’t got anything like a career;
merely a thing I can’t stop doing.”

What do these people want from a cartoonists association?

They want recognition of their value, and help getting work and improving their skills.

“Have an award for amateur submissions.”

“Provide resources for new artists getting into the comics scene, and resources for established hobby artists who want to make the change to professional artists.”

“Help me get in touch with people for work experience, as a mentor to help me break into the industry or to collaborate with others so my ideas can get out there.” 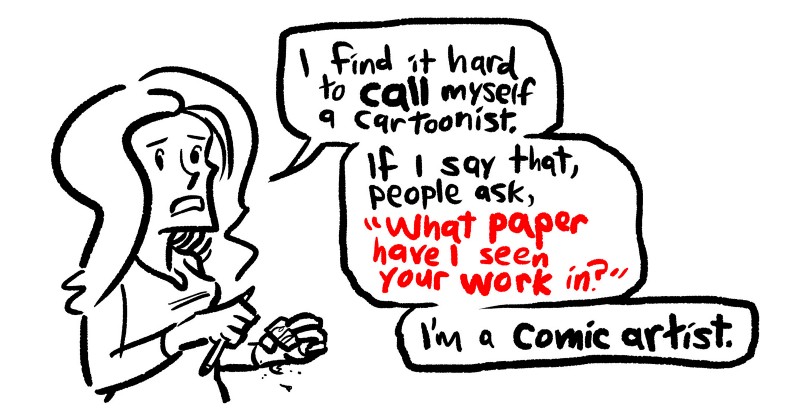 Many people the ACA would consider to be cartoonists don’t see themselves that way!

“I identify as a manga or comic artist which I would consider different to cartoonist.”

The ACA’s offering has historically been very geared toward political cartoonists. Most of its higher-profile members draw for newspapers.

If you’re not trying to be a David Rowe, or an Eric Jolliffe, why would you join a “cartoonists association” that’s been built for them and by them?

Happily, ACA members are keen to rejuvenate the organisation once again:

Fig. 6: Members’ question: The ACA should be for political cartoonists primarily — agree/disagree? 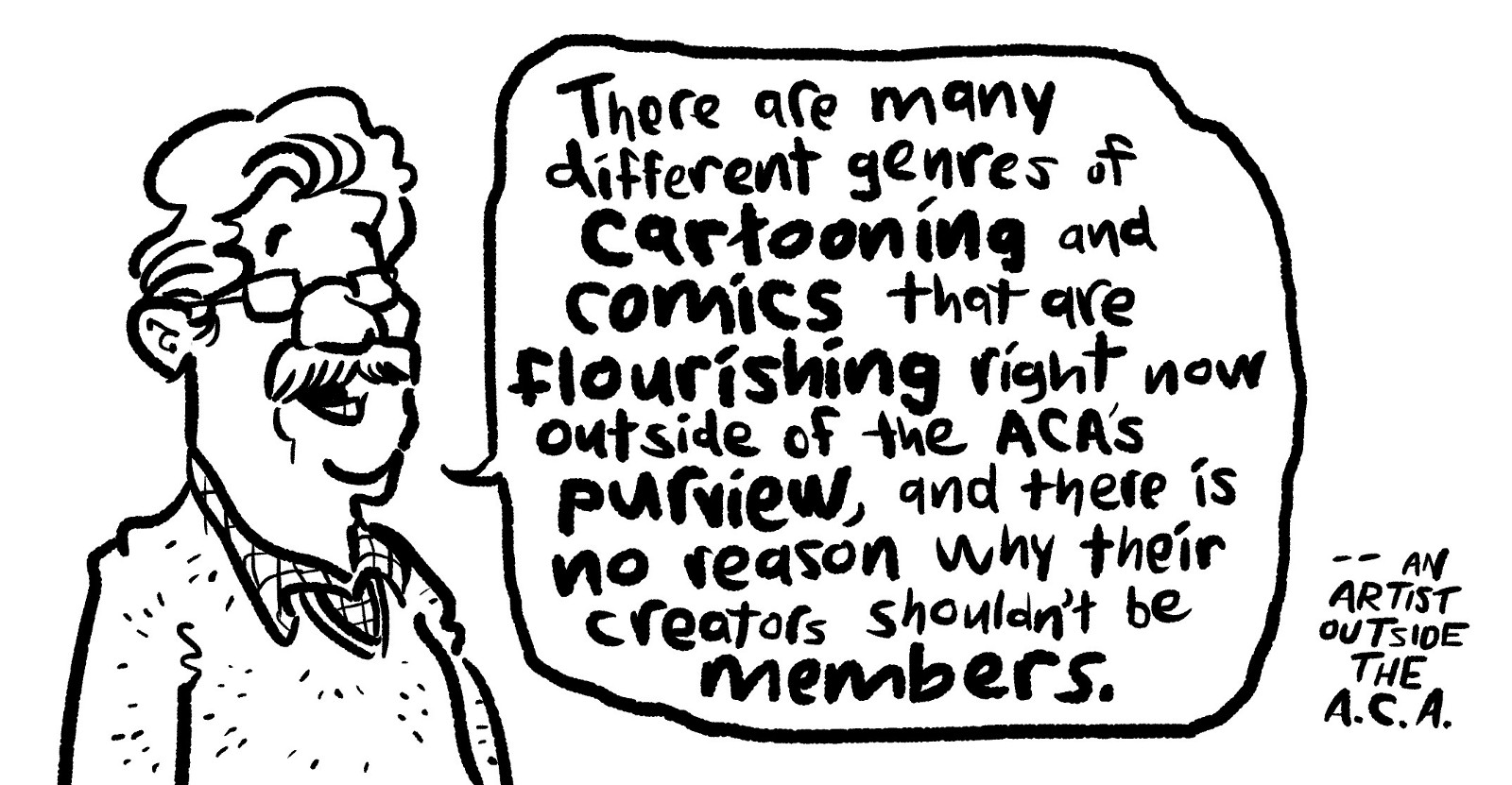 Overwhelmingly, the main thing members would like to change about the ACA is to have a more diverse membership: 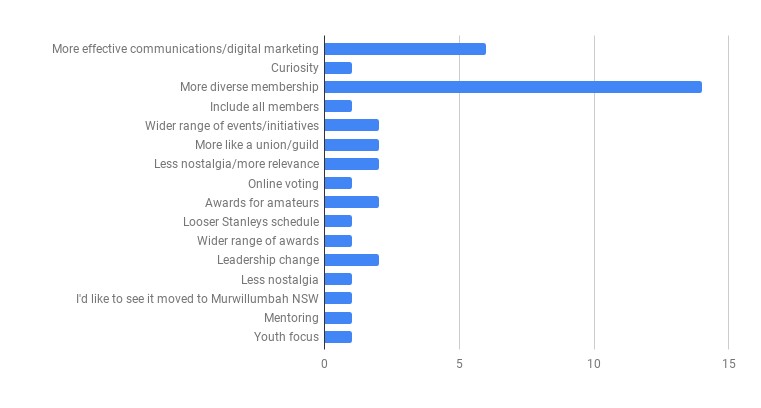 Fig. 7: Members’ question: What is the one thing you would most like to change about the ACA?

“Open up and try to encourage more cartoonists, comic artists, animators to join.”

“Listen to the youngest members. They understand the new technology that will be used to create future work.”

“Expand on what an artist is.”

Both members and artists outside the ACA see engagement with, and support for, young/emerging artists as a high priority for a cartoonists association.

Theme 4: Cartoonists outside the ACA want a union

When asked to imagine how an imaginary “Australian Cartoonists Association” would serve its members, many cartoonists outside the ACA described the kind of assistance a union would provide. 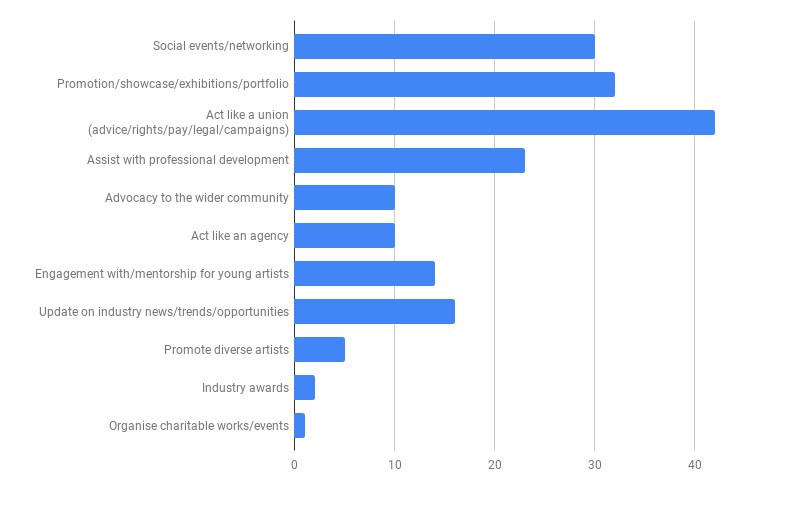 Fig. 8: Non-members question: What would “your” ACA do for its members?

“If you don’t already have it, a tool that provides pricing advice…”

“Provide information and advice relevant to the job, such as freelancing, contracts, how to deal with difficult clients, professionalism, copyright, where to go for legal advice, etc.”

“Advocate for them politically over rights, promote them on social media, run workshops to teach technical skills, offer comprehensive basic info for emerging artists about working and quoting and writing contracts and invoicing. Have occasional gatherings. Offer links to support groups and mental health tips! (this industry is rife with mental health problems. Too much time alone!)”

Theme 5: Cartoonists are everywhere, but the ACA isn’t

Although a national organisation, in practice, most members live on the east coast. Several ex-members cited the ACA’s concentration in Sydney and Melbourne as a reason why they left. It’s also a major complaint from current members.

“More learning opportunities and ways to connect the flyover cities and regions with areas where there are more opportunities. I don’t really get the chance to get to Melbourne often enough but I’d love to meet colleagues when I do get there.”

“Living rurally means most of the benefits from membership are in major cities.”

The ACA continues to exist in the 21st century because cartoonists are still keen to belong to a “guild”, reaffirming their choice of craft, and to keep in touch with, and physically meet up with, “their people”.

“Being a cartoonist has never been a more isolating trade than it is today — it’s vital for any industry to congregate and share ideas and new concepts. In our trade the boundaries and new markets are woefully ill-defined and it’s important to keep up.”

“Connected to other artists having discussions about working in the industry.”

“I feel in touch with people who are living the dream I have always dreamed for myself. It gives me hope and a connection, however slim.”

But the internet has changed the way society — and its organisations — function. Cartoonists are able to form their own, more specific friendship groups and orgs. If you want what a professional organisation provides, there are alternatives:

And if you’re an Australian cartoonist deciding to get involved with something more formal, you may find it more in line with your goals to join something appropriate to illustrators, something international, a union, community legal centre, activist group or shared workspace.

In this climate, what is an Australian Cartoonists Association for?

A peak body, or a social club?

The ACA is no different from any other organisation being shaken by globalisation, the internet and social media. Cartooning is an industry in flux. Newspapers are dying and/or sacking cartoonists, and at the same time other cartoonists are exploding in popularity via worldwide platforms like Tumblr and Instagram.

The results we’re seeing in this survey suggest to me that the ACA’s largest challenge as an organisation is in providing value to a new generation of members (including Hobbyists and Moonlighters), but its most difficult challenge is changing its culture.

“How do we encourage more diversity in our organisation?” is a nice question to ask, but *“What are we doing, or not doing, that’s discouraging diversity?” may be a better one.

In my service design/HCD work I meet organisations keen to “change the culture”. This is usually in response to surveys telling them their staff are angry, sick and tired — of their jobs, of poor management, etc. 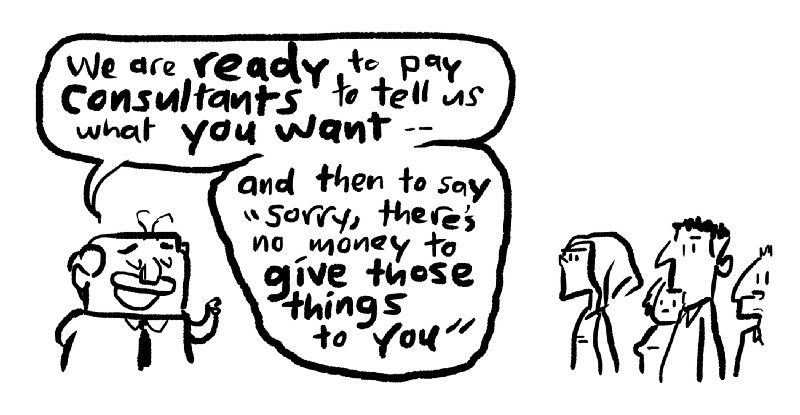 “Organisations should value themselves and their members enough to remain relevant and inclusive.”

It’s time to focus on the actions we can take to make sure the ACA is an organisation worth being part of.

David Blumenstein is a service designer and cartoonist in Melbourne. He is the deputy president of the Australian Cartoonists Association. His most recent comics piece is “Free Money, Please”.